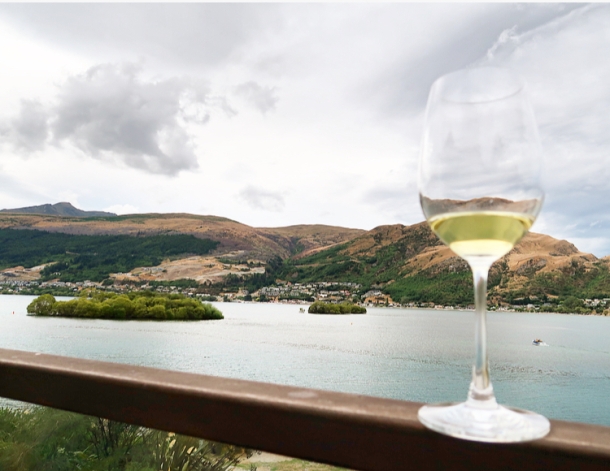 When it comes to New Zealand wine, you probably think about the punchy, tropical, zesty Sauvignon Blancs. Fair enough, since that’s 72% of their production. People there sometimes call it Savvy B which I thought was sort of funny, but then a winemaker told me to never cheapen it like that.

I’d rather have my fill of their Pinot Noir anyway – it’s only about 10% of the country’s wine production, but arguably the best. My favorite bottles are at the end of this post, but before we get to those let’s cover the cool things I loved about New Zealand wine in general.

1 different styles within each small region

As with every wine region, the land really informs the kind of wine produced. Each region varies in microclimates and soil – Marlborough alone stony sandy loam, stony gravels, clay, and wind-blown loess.

The geography affects the climate as well, and the mountains in Central Otago are about as majestic as you can get with ranges that rival the Andes and the Alps. One of the ranges is even called the Remarkables, for obvious reasons. To get to the wineries you drive through gorgeous gorges and desert-like landscapes that look like you’re on the bottom of the ocean but without any water. Dramatic and unique. 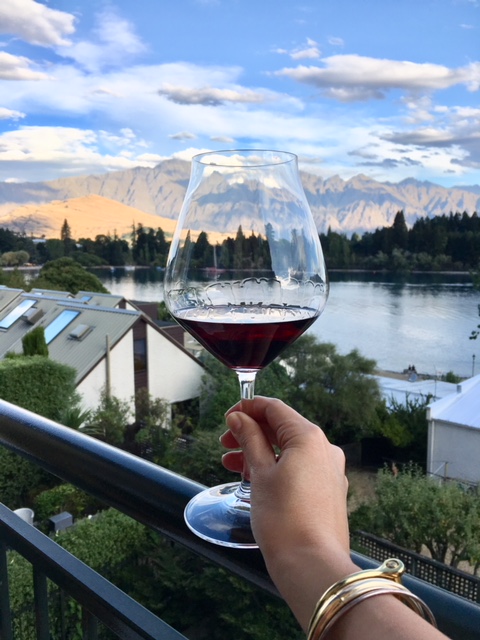 So even within one region you get a pretty wide range of styles. In Central Otago, one of the best tastings to get a full range of the region was at Two Paddocks, owned by actor Sam Neill. Their Fusilier is from Bannockburn, where cooling breezes produce more cherry instead of black cherry notes. It makes very pretty wines, with perfect tannin/whole cluster/fruit mix. Gibbston, the first area Two Paddocks planted in, has lots of black cherry with a warm finish and is prone to a gamey funk when it gets older. Earnscleaugh has schist and no topsoil, and their Last Chance has some floral notes mixed in with button mushroom and thyme (these wines would be amazing with a lamb stew). 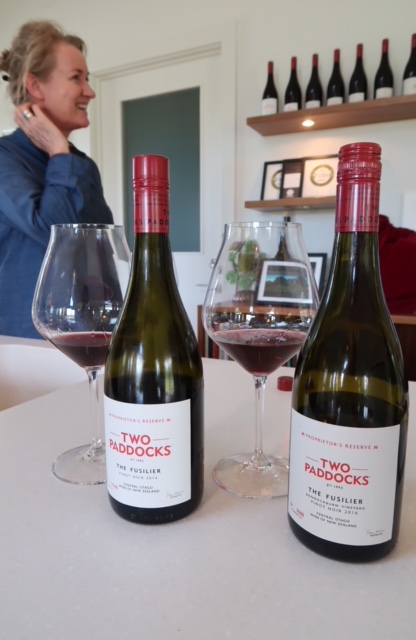 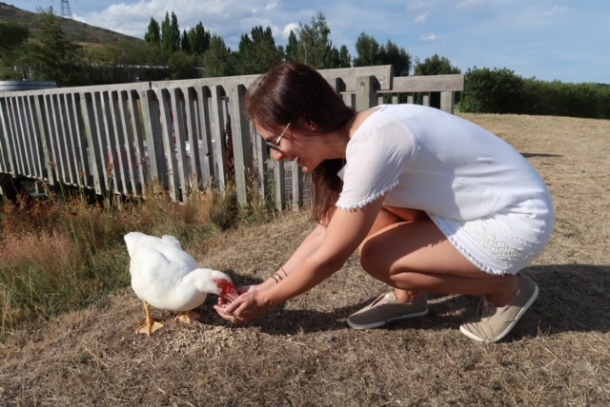 The other winemaking area I really liked was Martinborough in the Wairarapa region. We did an incredible tasting of almost 50 wines from the region, and then went on to two great vineyard visits. The first was with Helen Masters, the winemaker at Ata Rangi. She walked us through the vineyards with her bleached blond ponytail and showed us the Dijon clones. We had a delicious garden lunch in the funky house right next to the vines, and her Riesling was refreshingly matched with the avocado salad. 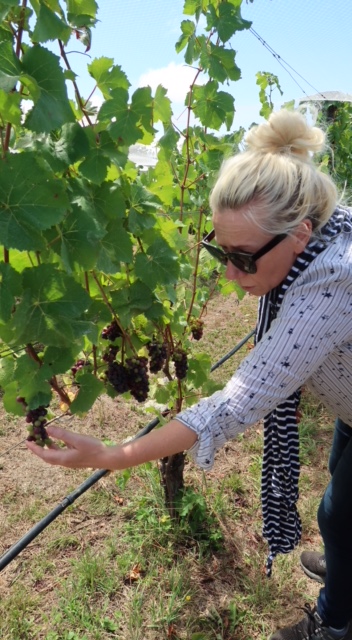 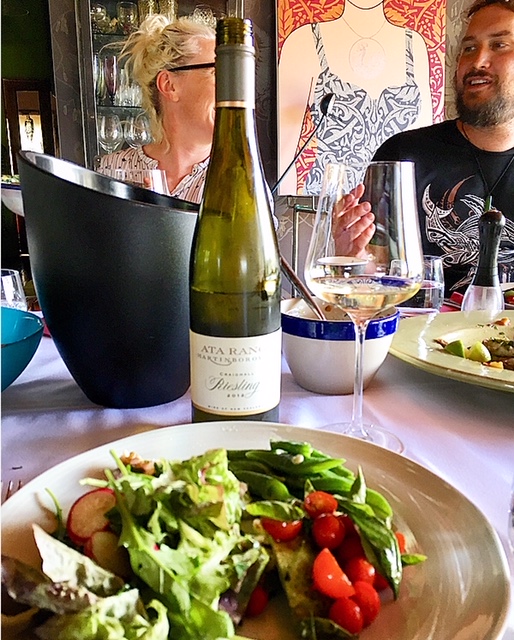 Afterwards we tasted through the Ata Rangi and McCrone vineyards from 5 vintages. Ata Rangi is more elegant with brighter black cherry fruit, while the McCrone wines are generally much more muscular, tannic, and full of dark earth. We tasted the (2013-2016 vintages) so would love to see how the boldness might age in a few years. 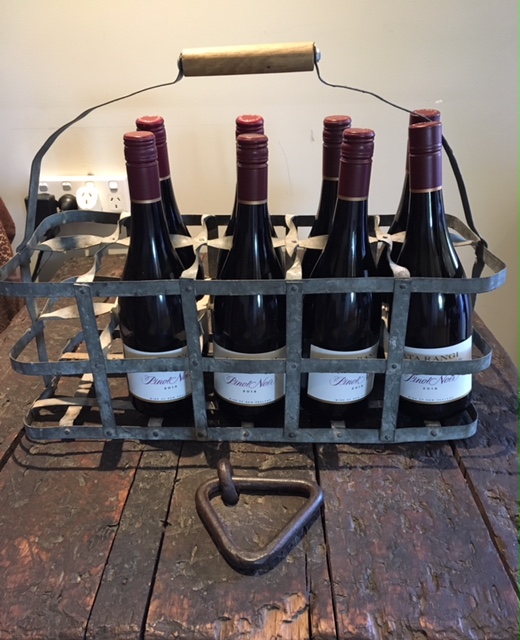 After that visit, Larry McKenna from Escarpment picked me up and drove me down Te Muna road, pointing out the many plots of land that were being bought up by larger entities who’ve started to realize how good the Pinot here is. Up on the hill, we could see the actual escarpment the winery is named after. In the graffitti-decorated barrel room, he and co-winemaker Huw Kinch gave us some samples from the amphora they’re experimenting with (they actually dropped and broke the first one, but laughed about it). 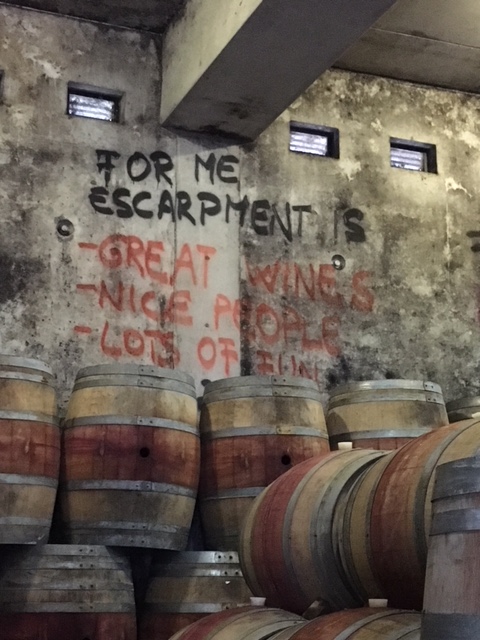 We then headed to the kitchen to taste through the rest of the wines. The lovely, light-strawberry Nina rosé, named after his daughter, was barrel fermented in old oak giving it a round mouthfeel. But the Pinot Noirs are what they’re really known for, and were my favorites. They’re all unfined and unfiltered, so as not to strip out any of the texture or fruit. The 2016 Kiwa was very earthy with dark black cherry, and the most savory of all the Pinots we tried. And the 2016 Kupe was crazy juicy, like blackberries bursting in your mouth. 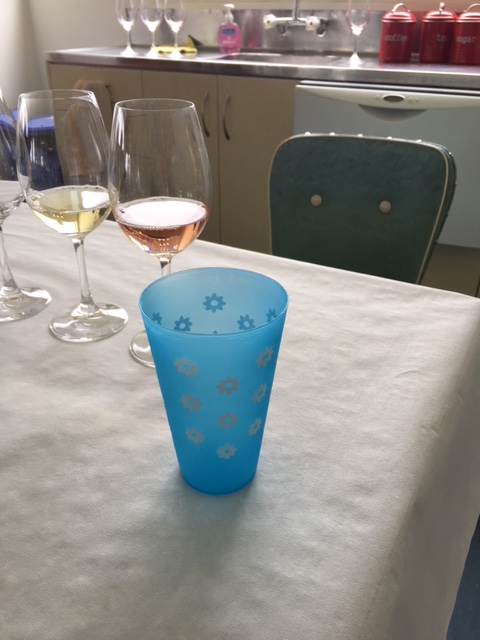 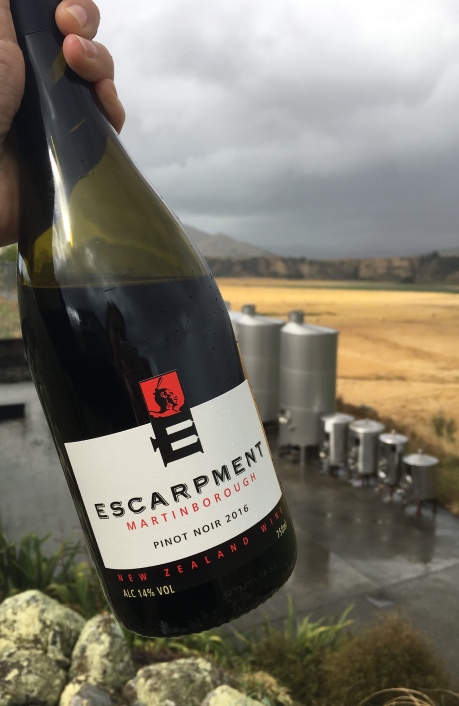 I was constantly amazed when the winemakers told me how few cases they made a year, often under 10-20k. And although the mountains are massive, the country and the winegrowing area in it is pretty small compared to the rest of the world. We tasted wine in people’s kitchens (at Escarpment in Martinborough) or out of their small barrel trucks (at Doctor’s Flat in Central Otago), and were often just picked up by the winemakers themselves – one even had her mother-in-law come get me from another vineyard appointment. 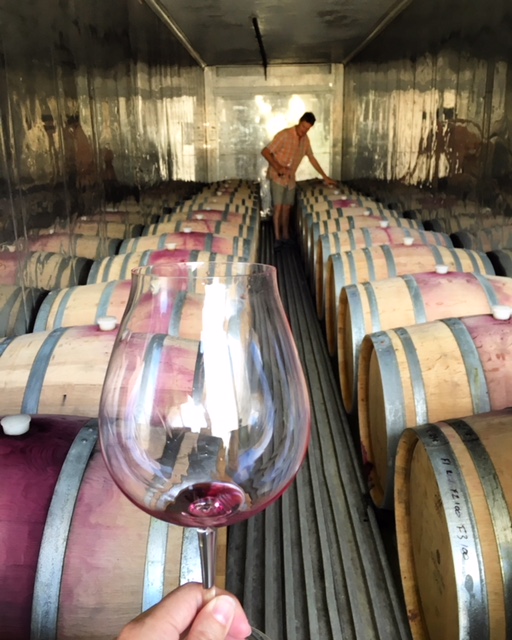 barrel tasting out of the truck at Doctor’s Flat

It was great to chat with so many people one-on-one in the car rides, and I got to know people much better than I would have just getting driven by an Uber! Since winemaking is still relatively new there (the first vineyard was planted in 1851, but winemaking largely took off in the 1970s and 80s), the community is small and helps each other out a lot.

The only downside to small production is that not a ton of New Zealand wine gets exported to the states. I’ve been in two wine stores since I’ve been back and looked sadly at the one lone shelf of New Zealand wines both times. The wines are worth seeking out so check on winesearcher if there are stores in your area or ones that will ship to you.

Although New Zealand is mostly known for still wines, the few wineries producing sparkling wine are worth noting. 8 wineries have even started Méthode Marlborough to promote their traditional-method wines. We had a brunch where they paired them to a plate of savory bites and then a plate of sweet ones, and they were all pretty good. 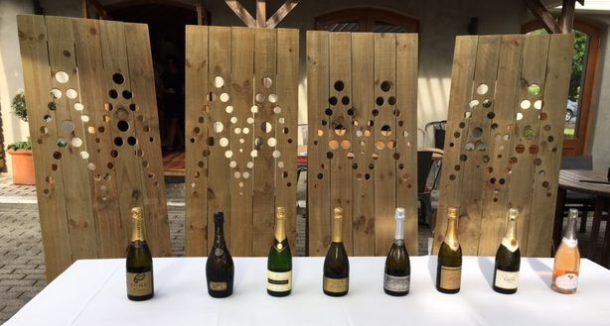 Two sparkling wineries in the country stood out to me the most, though. In Marlborough, I tasted through the whole lineup at No.1 Family Estate, the only winery in NZ totally dedicated to sparkling wine, with founder and winemaker Daniel Le Brun and his daughter Virginie. Daniel came to New Zealand in 1978 from Champagne, which pretty much tells you everything you need to know about these wines – ie, they’re fantastic! 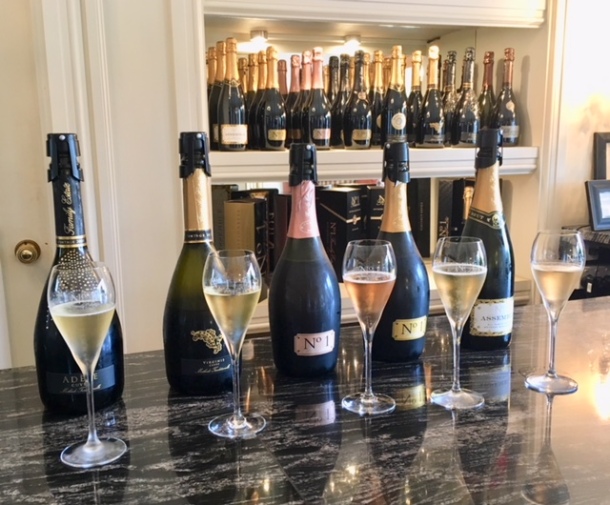 Aside from the fact that you can’t grow Pinot Meunier very well in NZ (that’s one of the three traditional Champagne grapes), everything else about Daniel’s wines are about as close to Champagne as you can get. I loved the rosé which was light, very dry, and full of elegant strawberry. My other favorite was the gorgeous 2009 Virginie, a vintage sparkling he made when Virginie turned 21, which was full of honey and fleshy baked apple with a rich mouthfeel. But the whole lineup was elegant and had incredibly fine bubbles. Expecting them to come in at Champagne prices, I was shocked when they said most of them were under $35 (though the vintage Virginie and Adele are more). 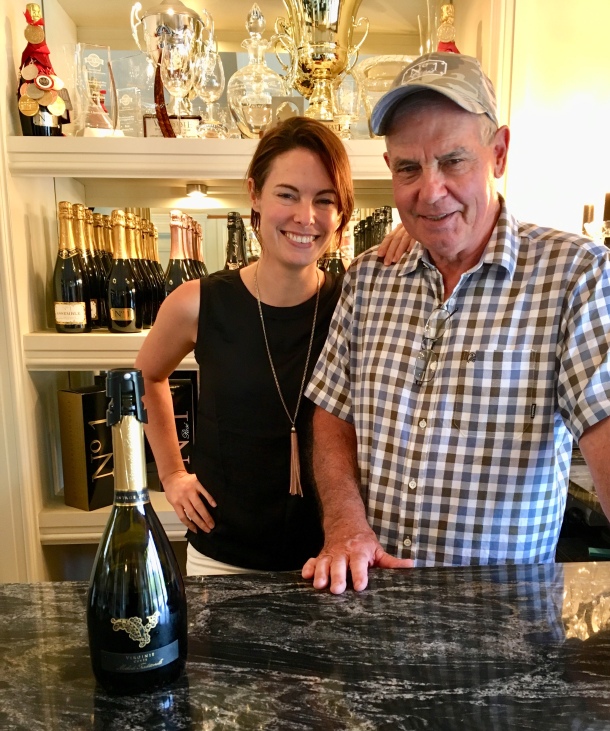 Daniel and Virginie with her vintage bubbly

Only problem is that they don’t make much (see #3 above) and therefore don’t export a ton to the US, which is too bad since restaurants would crush it if they had any of these by the glass.

For the other sparkling wine producer, I’d actually already had Quartz Reef’s NV Brut (63% Pinot Noir and 37% Chardonnay, around $30) before I got to New Zealand and knew I really liked it – lots of tart yellow apple with a creamy backbone. When I got to Queenstown, their sales manager Lianne picked me up from the airport and then founder/winemaker Rudi Bauer spent the better part of an afternoon showing me the rugged, dramatic landscape that informs the wine. His extensive history in the region and incredible friendliness basically qualify him as an ambassador for Central Otago (even though he’s originally from Austria). 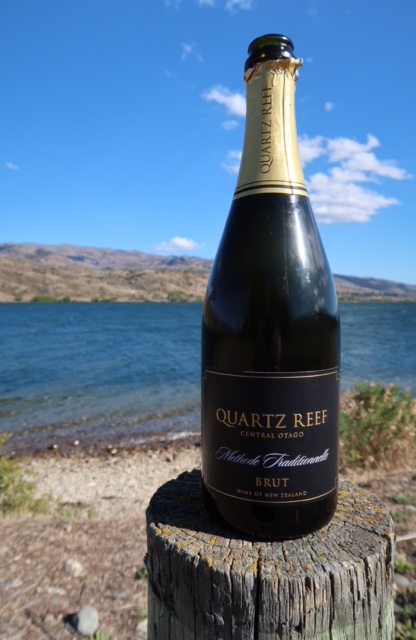 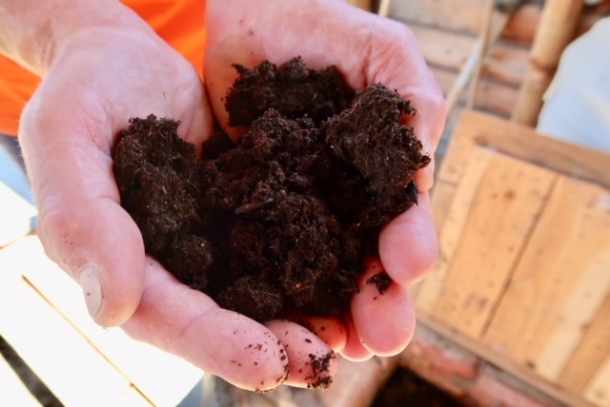 We stopped by his biodynamic “office” where we smelled the vibrant dirt, rifled through the biodynamic prep elements like valerian and cow manure that will be put in cow horns in the dirt, and gave water to the dogs parched from running around with us in the hot summer day. We still email – he keeps me posted on harvest (all went well) and sends me photos that make me jealous, like this one: 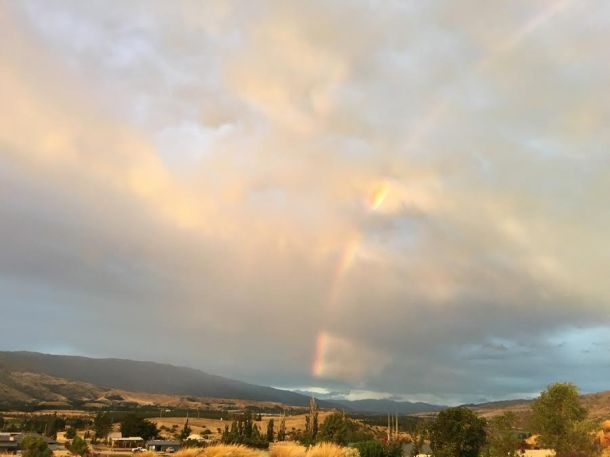 In Maori culture, they believe that the land basically is their past ancestors. So ranges like Te Mata have legendary stories like how the giant Te Mata Rongokako died trying to eat through the mountain pass to prove his love for the Maori chief’s daughter Hinerakau, who now blankets him with the fog every morning. So even though many people throughout the world are becoming more interested and active in sustainability, in NZ it feels more natural that they just want to do right by the land so future generations will be better set up. 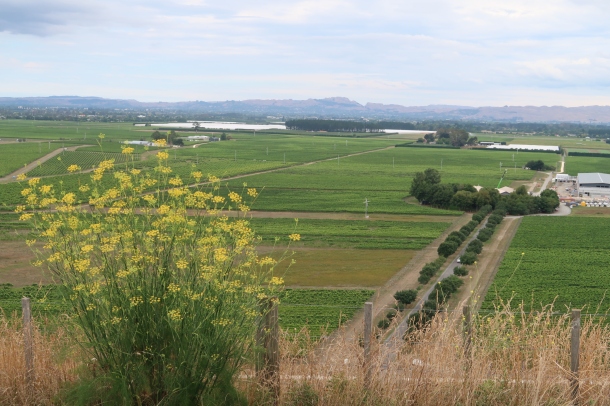 Te Mata peak in the background

But it’s also a little more practical – NZ is two small, sort of isolated islands with limited resources so people have to learn how to take care of the land. The Maori concept of kaitiakitanga (which means guardianship) has become part of New Zealand government and business, and they had one of the first sustainability programs in the international wine industry. So in New Zealand, all wine has to be made from 100% certified grapes in fully certified winemaking facilities which improves the quality of the wine, the land, and lives of those who work in wine. 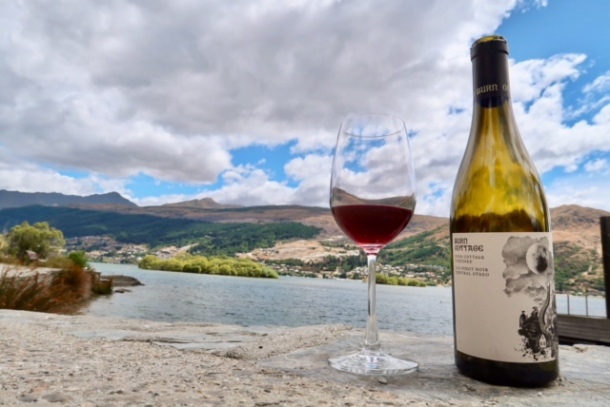 For non-wine activities in New Zealand, check out the 5 Musts on escapefriend!

And for the most fun (and free, btw) monthly wine recommendations, sign up for the newsletter here or below!

3 thoughts on “5 things to love about new zealand wine”