So prior to the MLK assassination plotline, we were at the advertising awards thingy and Megan was packin’. 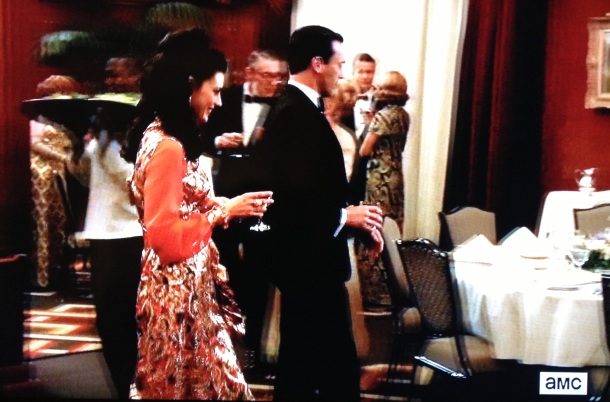 She sipped her Champagne (which, as a reminder, does not count in the wine count), but after that there was very little drinking – of grapes or even cocktails. Even Don wasn’t drinking in the office, though then he went on a Canadian Club bender later on.

And Michael didn’t have wine on his date with Beverly, but he probably wouldn’t have wine anyway. And they went to a diner, which was very Silver Linings Playbook of him.

So that was it for this week – no grapes. In tragic episodes like this, they usually don’t drink wine (remember this one last season?). Fine by us, but let’s take a moment to at least thank Megan for her Champagne effort. She got the Andy Award and continues to prove why she won the Official Mad Men Grapefriend award too. 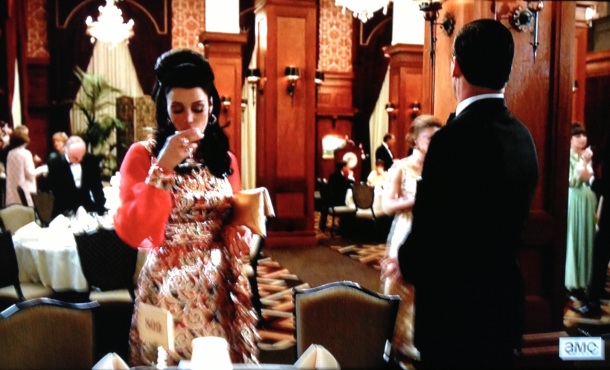