Seeing as the first games of the season start this week, IT’S FOOTBALL WEEK ON GRAPEFRIEND!!! All week, I’ll be bringing you fun football + wine posts. Trust me, there’s a lot going on! Plus, it’s my mission to get Blondie’s (where we watch every game) to carry some decent wine for grapefriend. Until then, it’s Bloody Mary’s with my wings…

But on to the fun. We’re taking the usual grapefriend favorite “stars – they’re just like wine!” and tweaking it football style!

With its power, boldness, muscle and sometimes peppery flair, Syrah is the perfect grape equivalent for quarterbacks. I’ve already explained the difference between Syrah and Shiraz, which has to do with geography and style, but let’s get a little more into it via some of this year’s best QB’s. I’ve consulted my Football Professors, Abby and Nick, who are currently prepping my syllabus for the 2011 Fall Semester at the University of Blondie’s.

1) Northern Rhone: The only red grape grown in the area, Syrah here is dramatic and flavorful with earthiness and white pepper. In the Cornas area, you get even more power and massive tannin. It’s deep, way dark and long-lived. Some other Syrahs don’t have much nuance or finesse, but you can find that here in an Hermitage and even some Côte-Rôtie. 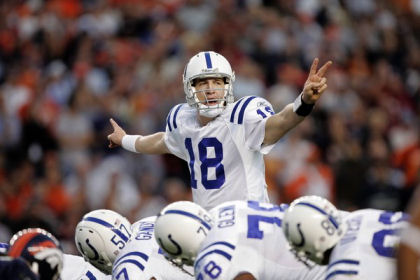 QB pick: Peyton Manning. He’s quite ego-driven as many older siblings are, he has good longevity in his career, and he’s powerful yet nuanced. Plus, he has a penchant for dramatic performing arts (see: yelling at players on the sidelines and performances on SNL).

Professor Abby adds, “I think P is perfect for the Northern Rhone…also because of the earthiness, like he’s kind of just a good ole boy from the south.” 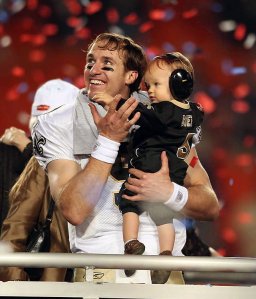 so cute, i couldn’t resist

2) Northern Rhone, part deux: The other style in the Northern Rhone is Syrah that’s blended with some Viognier, a white grape that lends a little grace, elegance and a perfumey aroma (though after a game I can’t imagine a QB smells very good). Think Côte-Rôtie, especially Côte Brune. 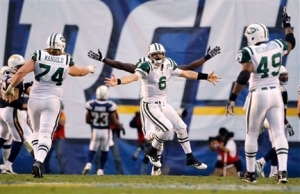 i know, you wanted the GQ pic…

3) Southern Rhone: Here Syrah plays a supporting role to other Rhone varietals like Grenache, Mourvedre, Cinsault, and Carignan, like in my favorite red Châteauneuf-du-Pape. Syrah adds structure, balance, boldness and, most importantly, flavor.

QB pick: Mark Sanchez. He’s coming along nicely in only two years of being pro, but still needs the support of his Fly Boys and killer D.

No comment from Prof Nick, who by now probably just knows better than to comment on Chezzie when I get started. 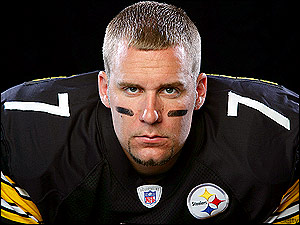 QB pick: Ben Roethlisberger. Kind of bulldozery and doltish, but gets the job done in a big way. (Let’s hope – he’s my QB in my fantasy league this year!)

I was also going to throw in Vick, but Abby said no: “I’d definitely go Big Ben here. Vick is so much more nimble, quick and agile.”

5) Nick then said, “You should add an ‘All talk no spine’ category and stick Phil Rivers in there, for good measure.”

Abby: “Any way to diss Phil Rivers is alright by me!!!!!!” (It should be noted both of my Professors are Colts fans. Let’s just say they do not care for Phil Rivers.)

I can accommodate this request though, and I’ll categorize it under a rainy vintage California Syrah. Plus, Rivers is on a Cali team! It all pairs up… 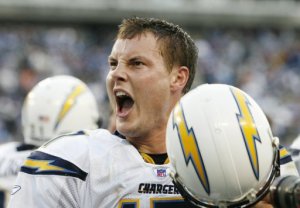 sorry phil – abby and nick say no wine for D-bags