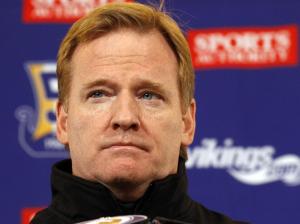 i hope you drink yellowtail for the rest of your life

NFL commissioner Roger Goodell made a new league rule that NFL players are forbidden to endorse alcoholic beverages. Listen up, Roger Goodell, whose name should obviously be Roger BADell because he’s a wine hater!!! Lots of NFL people like drinking wine, which I think is pretty damn harmless in comparison to say, killing dogs or raping girls. So if these people can’t promote their own wine, grapefriend will! Here ya go – you can all thank me with a bottle or even some tickets to a game.

how could you deny this kind of happiness a guy gets from his grapes?

Woodson got into wine when he was playing for the Raiders (Oakland is near Napa), though now he’s on the Packers. He partnered with former Robert Mondavi winemaker Rick Ruiz  and made “Twentyfour by Charles Woodson.” They have two kinds – Cabernet Sauvignon and Cabernet Franc – and produce less than a thousand cases per year.

I’ll admit I didn’t know who this guy was til now, which I guess is lame since he started against the Steelers in last year’s Superbowl and even broke his collar bone making some good play. OWWW, and way to go, dude. Apparently he gave a speech to his teammates during halftime and they went on to win of course. Injured awesome players giving emotional halftime Superbowl speeches before they win? Where do I Netflix this???

man, i wish this was Giants Uncorked instead. sigh.

The Jets made this Cabernet Sauvignon last year to celebrate their new stadium. As a Giants fan, this is just a crushing defeat for Team Eli. Get on it, Giants!!! You should be celebrating the new stadium too! I’ll even personally ask Blondie’s to carry your wine so I’ll have it to drink every Sunday as I watch the game.

Yet as the blog Just Sports & Just Us says, “To celebrate what, a legacy of choking in the playoffs? A legacy of slow starts to torpedo an otherwise fine regular season?” Haha, this guy is hilarious. Had to throw it in for Abby & Nick who hate QB Phil Rivers, but let’s get back to positivity since really anything with football and wine is a good thing.

“We think our fans will enjoy having a bottle of Chargers Legacy wine for any occasion as well as on game days,” said Chargers EVP and CEO A.G. Spanos. I like this guy! “We want nothing but the best for our fans.”  Mara, where’s the grape love for Giants fans??? Driving me crazy.

Yeah, well that’s all I could find from current NFLers – three measly wines! – due to the BADsell rule. But retired NFL peeps are all over the grape, and allowed to proclaim their love! Check out this list:

Dan Marino (Dolphins QB) has Vintage 13 Marino Estates, which is made by Selby Winery in Sonoma, part of Charity Wines

Keep it up, my gridiron grapefriends! One day, I’ll be able to order a fabulous Mosel Riesling with my wings. Or just a Cali Cab, which is all everyone seems to make. That’ll go nicely with the waffle fries.

4 thoughts on “gridiron grapefriends (and one enemy!)”