Who knew the 70s were so grapey? Well, at least they are for our Official Mad Men Grapefriend, Megan.

She starts off the episode in California, with a glass poured out from a big ol’ jug of Almaden. 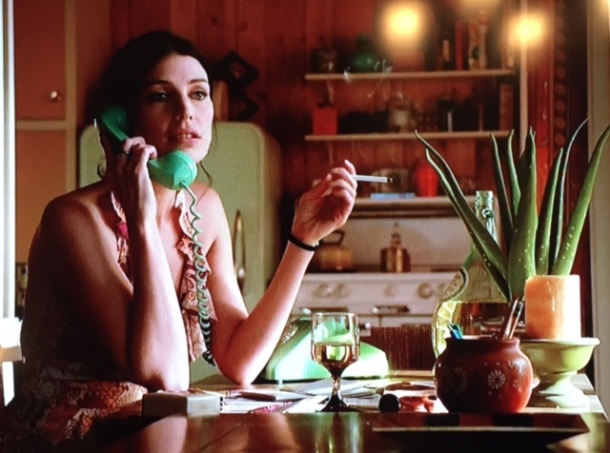 Jugs of wine were huge in the 70s. I remember growing up as a kid that my parents had jugs of Almaden in the cabinet and would pour out a glass for dinner. Obviously, this would make grapefriend cringe now being not properly stored, but actually “large format” bottles help age wines well. That said, I don’t think anyone was aging Almaden.

Also, it looks like the label (as always on this show, hard to read) says Sauvignon Blanc.

There was quite a bit of Sauvignon Blanc being poorly made in the early 70s, and it got a reputation for being pretty insipid. Robert Mondavi actually changed the name to Fume Blanc to make it sound fancier (and as marketing sometimes does, it worked!).

Back in NYC, Megan’s family comes to help her move out. Her mother and sister are clearly big grapefriends, too, with some fun plans for dinner.

We don’t actually see this dinner, but clearly they had it all since her sister has a massive hangover the next day. Megan was probably saving her drinking for the next day at lunch with Harry. He gets to the table late and asks if they should order wine. “I already did!” Megan says. Of course she did, who does Harry think he’s dealing with? 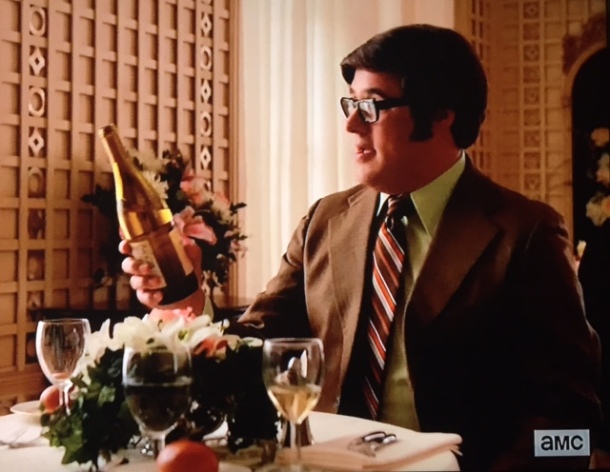 Can’t tell at all what the bottle is, but Riesling is traditionally in a brown bottle so it may have been that. That’s not a grape we’ve seen Megan drink before but it’s a good choice for drinking with food.