Giving anything but grapes would just be completely un-grapefriendy or friend-y at all pretty much. So here’s my rundown of some great and fun bottles to give to all types of people in your life!

Ah, the perennial holiday must: the token gift as a small but happy thanks to all sorts of helpers in your everyday life. You don’t want to spend a ton, but still want to give good gift. These grapes will make the perfect presents!

Chenin is normal in the wine world, but I don’t see a ton of people I know drinking it. It can be dry or sweet, and when blended with Viognier it gains some extra body and a lovely perfuminess. Wrap up some Terra d’Oro Chenin Blanc & Viognier ($16) for the white grape lovers in your life – also excellent with holiday apps. 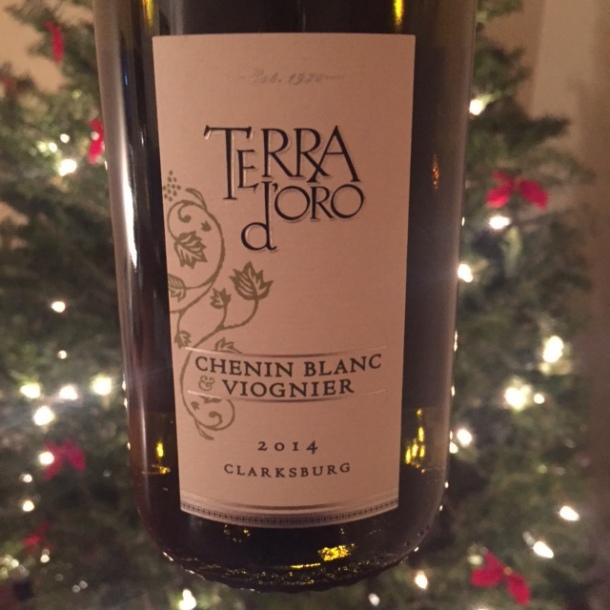 Reds aren’t always easy to do on the cheap, but Italians are a great way to go. The Alanera Rosso Veronese ($20) is an absolutely delicious blend of Corvina, Rondinella, and Corvinone, Merlot and Cabernet Sauvignon. Alanera means “black wing” and is a nod to the Corvina grape which has shiny black skin. Everyone I shared it with loved it – and one girl even said the birds on the label would make a great tattoo! 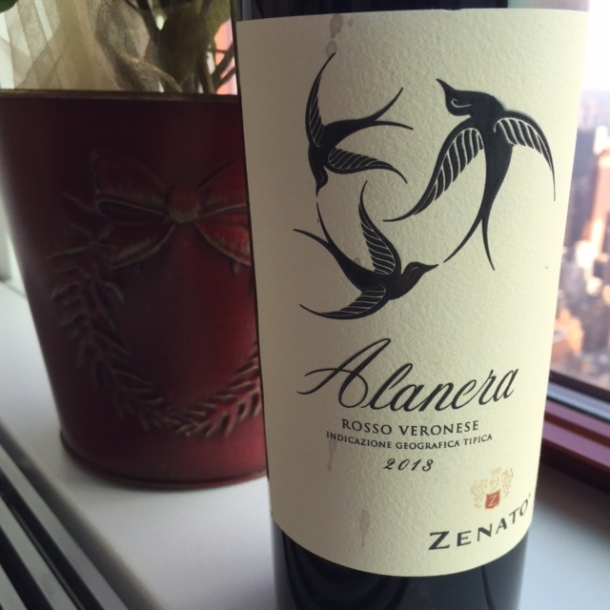 You don’t normally think of Bordeaux as affordable, but there are plenty especially in the less-famous appellations. The Château Gigault “Cuvée Viva” Blaye Côtes de Bordeaux 2010 ($20) has some black cherry and earth and won’t empty your wallet.

We’ve all got those people on our lists who you never know what to get – they either have everything or are only impressed by something different and cool. Giving them one of these bottles is almost guaranteed to give you some grapey cred, ensure that no one else is giving them the same thing, and add a little adventure to their wine glass/life.

I definitely want to make Schiava happen for 2016. It’s soooo good. I LOVE a light red that can be served with a little chill on it – perfection with charcuterie. You can’t really go too wrong with Schiava, but two bottles I really like are Alois Lageder Schiava ($15) which is a super old Alto Adige producer and 2014 Nals Margreid Galea Schiava ($24) which was one of my favorites when I was there last year. Both have that great herbal, savory quality that make them so great with light food or cocktail hour in general.

India has been bubbling up on the radar as an up and coming wine region. Sula Vineyards ($12) is one of the largest producers there and their Shiraz is really spicy and delicious – big hit with everyone who tried it, and probably the best value on this list.

I’ve also been recently discovering wines from Turkey. Still exploring these but I like the Vinkara Narince 2013 ($15) is made from the indigenous Narince grape. It’s refreshing and super unique with grapefruit and lemon rind flavors. 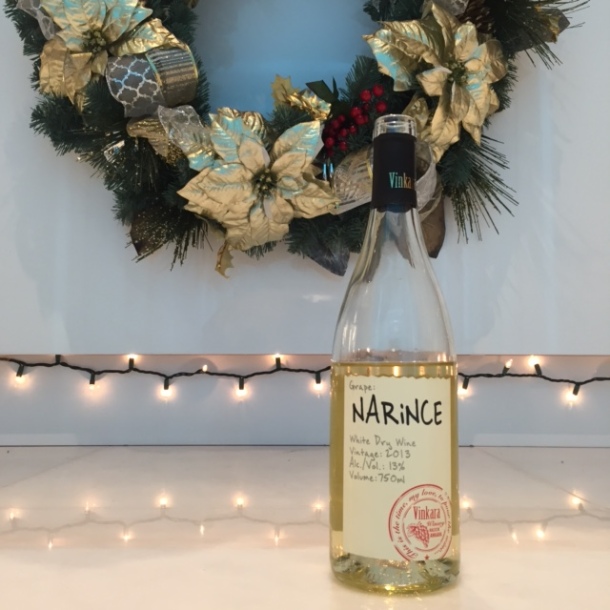 Most Lagrein is pretty heavy and tannic, but Elena Walch’s ($17) is totally balanced and elegant. A great bottle if you want to taste one of Alto Adige’s native grapes.

As for spirits, Jameson Caskmates ($30) finishes the whiskey in stout-seasoned barrels. I’m a new lover of really good stout, and it gives the whiskey a dark cocoa and tobacco backbone. Great for super cold nights – #winteriscoming.

This one’s totally unique – and delicious. Amarula Cream Liqueur ($20) is made from the marula fruit which is a small, yellow, plum-shaped fruit from South Africa. The liqueur is creamy and tastes like sweet iced coffee – sort of like Kahlua or Bailey’s but with a cool element of dragonfruit to it. You can drink it on its own with ice, or pour it in coffee or over vanilla ice cream. 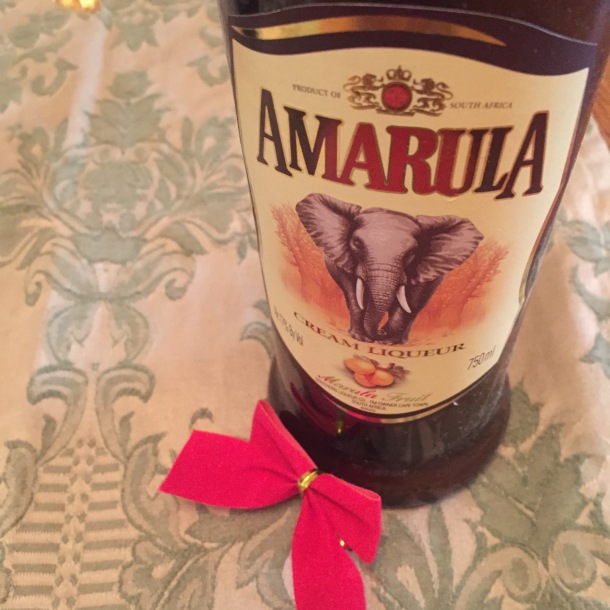 Baijiu is the largest selling spirit in the world – what?? I’d never even heard of it until recently. Though it’s been made forever in China, HKB ($53) is a new producer whose Baijiu is about 10% lower in alcohol and great for cocktails. I gotta say, it was a little potent for me all on its own but I can see how it would be a great drinks mixer. Plus, you can’t argue with 5,000 years of alcohol making.

Absinthe is packed with anise and herb flavors but it used to be banned in the US because it was supposed to make people hallucinate – that could actually make for a fun night, but I guess not according to the FDA (known party poopers). Well, in in 2007, the creator of Lucid Absinthe ($60) found that levels of thujone (the thing that supposedly caused the hallucinations) in the spirit were almost non-existant. So now you can drink away! If you hallucinate, it’s probably only because you drank all of it…

And my last adventurer suggestion is something I normally don’t drink – rum. But this Kirk and Sweeney? Holy crap, it’s freaking delicious. The 18-year ($40) totally smells like thick caramel, burnt orange peel, and butter, but it’s not heavy or treacly at all. As for adventure, it’s named after a ship that was seized for smuggling rum from the Caribbean to the northeast during Prohibition. A map of the smuggling route is on the bottle and the neck has sailcloth around it. Love. it. all.

You probably have people on your gift list who you just need to give a good bottle to, and these are great people-pleasers. 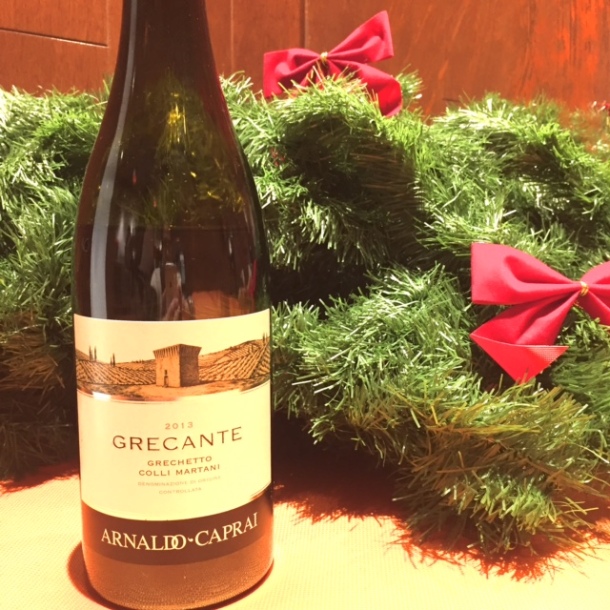 Got some dog people in your life? Of course you do! Hand over some Mulderbosch Faithful Hound 2013 ($20.99) – a red blend dedicated to their old vineyard dog, this Bordeaux blend has blackberry, chocolate, and lots of spice.

Pomerol is usually way more expensive, but Château Bourgneuf Pomerol 2009 is only $50. A great way to show your knowledge of an incredible region without emptying your wallet.

So many Napa Cabs are overpriced – and often not worth it in my opinion. Vineyard 29 2013 Cru Cabernet Sauvignon ($60) has all the blackberry and tobacco typical of the region, but not overdone and prices out as one you can afford.

As for spirits, Amador Whiskey Co. Double Barrel Bourbon ($40) is a Kentucky Bourbon aged in the usual new American oak barrels, but then aged another six months in Napa barrels. And Bib & Tucker Bourbon ($56) is named after what guys used to call their best clothes, like what they’d wear to a wedding or formal event – a great omen of what’s in the bottle. It’s made in a lightly charred barrel, so is a bit lighter but both have all the usual yummy vanilla and caramel bourbon goodness.

And now, the big bad gifts that impress!

Know someone who wants to pretend it’s already summer and rock the rosé? Yes, please!!! The Château Saint-Maur Clos de Capelune 2014 ($65) is a silky blend of Grenache, Cinsault, Mourvèdre, and Rolle, and is one of only 18 cru classés from Provence. Maybe next year they’ll change Christmas colors to pink and green. 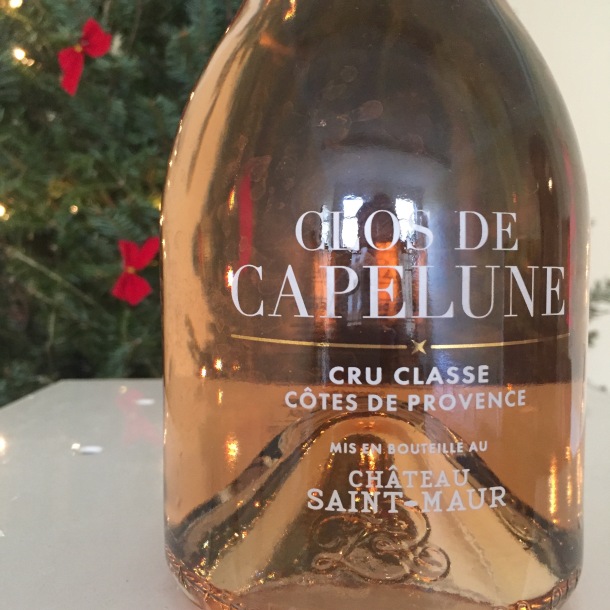 People always ask me for big red suggestions, and Cab specifically so here you go. The Miner Oracle ($90) is nicely balanced and not so overpowering like many Napa Cabs can be. If you want to get gritty, Howell Mountain is where you need to head. It’s brambly, almost feral, and not for wimps. Look for 2012 Pine Ridge Vineyards Howell Mountain Cabernet Sauvignon ($100). Another big one is the 2012 Merryvale Profile ($200), with lush blackberry fruit and heavy body. You’re gonna have to let each of these age a while, but I love giving a gift that’ll make someone think about you years from now. 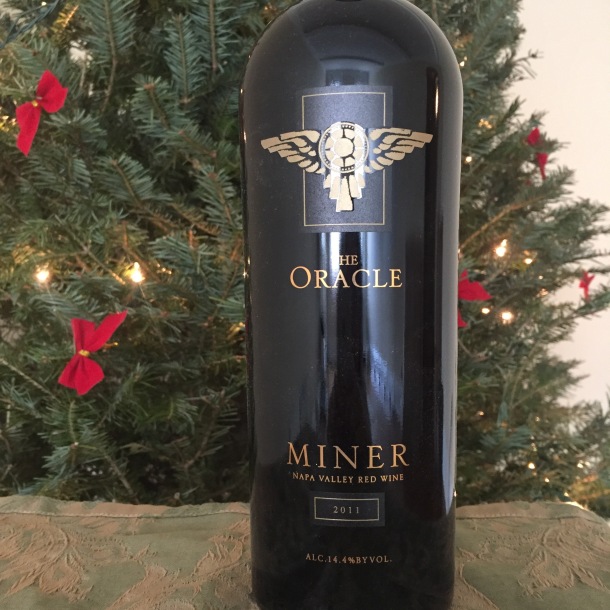 GAJA Sito Moresco ($55) is named for the family who farmed this 25-acre estate in Barbaresco before its purchase by the awesome winemaking Gaja family. A blend of Nebbiolo, Merlot, and Cabernet Sauvignon, it’s big but balanced. Pheasants live in the forests next to GAJA’s vineyards so they made it onto the label – so pretty. 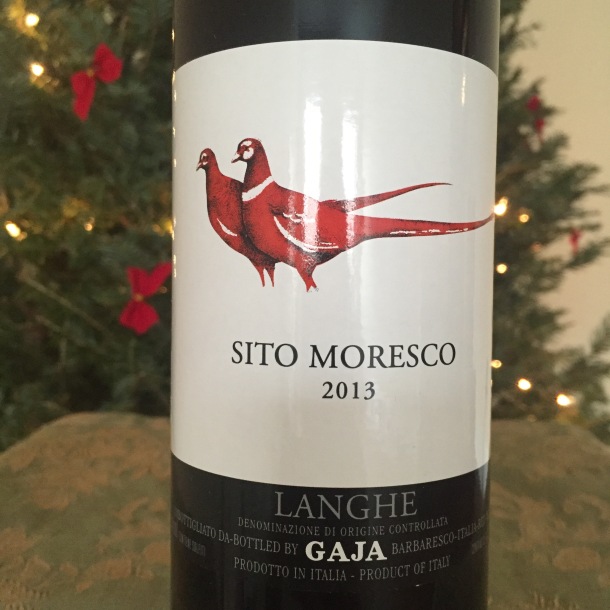 Spirits are an awesome way to give a gift that keeps on giving throughout the year as you sip through the bottle. Aberlour A’bunadh Cask Strength Scotch ($82) Aberlour means the “mouth of the chattering burn” – Celtic druids believed their stream had mystical powers and spoke words of wisdom. They probably weren’t wrong. This scotch is stronnnng stuff (“cask strength” puts this at 60.5% alcohol), but the sherry casks it was aged in give this single malt a nice sweetness and lots of holiday spice – perfect for Christmas.

The Lepanto PX ($68.99) is aged for 15 years first in Tio Pepe Fino Sherry (the dry sherry) barrels for 12 years and then 3 years in Pedro Ximenez (the sweet kind) sherry barrels. It tastes like sweet dates, elegantly balanced with acid. It’s a sipper not a chugger.

And the G.E. Massenez Poire Prisonniere ($50) is so freaking cool because it has a pear inside the bottle! You think it’s probably one of those tricks, but here’s the crazy thing –  the bottle is attached to the pear tree branch before the fruit has started growing, and then the fruit grows right inside the bottle. They pluck it off once it’s fully grown and then make the clear eau de vie. It’s so delicious – totally tastes like pears! Drink it very cold after dinner, or mix a little into Champagne for a great cocktail. 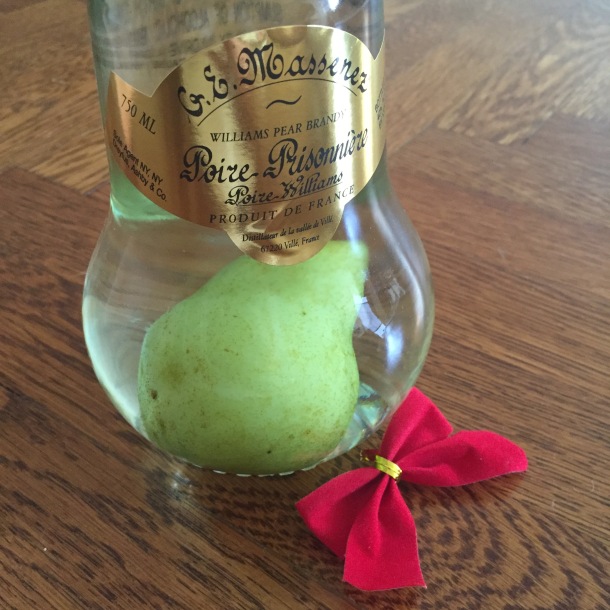