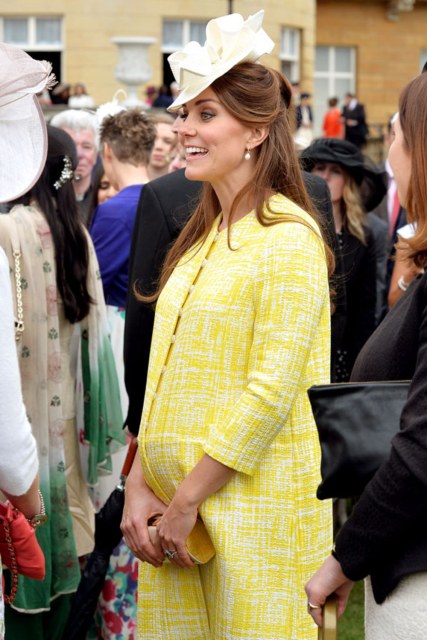 It would be surprising enough if the baby name wasn’t something decidedly British and royal like Elizabeth or Diana or even Alexandra (which are all the frontrunner girl names).  But apparently Chardonnay is also in the lead as one of the names! This is really all too much for grapefriend to handle.

OK, so it’s only by the gambling public, but the name has jumped to 250-to-1 odds recently. The awesome part is that the name is from the show Footballers’ Wives, a fantastically soapy series that aired in the UK from 2002-2006 (and later in the US), and you should find it and watch immediately because it’s “chavtastic” (I had to look that word up, but it sort of means white-trashy). It’s about fake soccer players’ wives, and the Chardonnay character was modeled after Victoria Beckham back when she was more Spice Girl Posh and less fashion designer.

I mean, how insanely amazing would it be if Kate popped out her kid and was like, “Hey, Queen of England, meet your grandkid Chardonnay! Cheers!”

Here’s the kicker: two years ago, the royal family actually announced that they were going to make their own wine and planted 16,000 vines at Windsor Great Park. The Daily Mail reported, “It is thought several varieties of champagne grapes – including pinot noir and chardonnay – will be planted at the vineyard with the hope of developing an English sparking wine.” Chardonnay!!! It’s all in the family!

PS the boy frontrunner names are George, Charles, or James. Why not throw in Cabernet? Sounds like a manly leader to me.