So excited for The Bling Ring, since I’m obsessed with Sofia Coppola movies. And here she is drinking wine with my other favorite modern director, Wes Anderson! 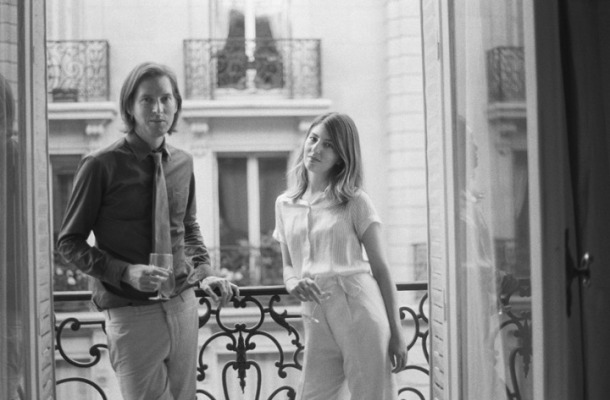 As if I didn’t think she was awesome enough just from her movies, her dad named both a bubbly and a rosé after her. Major grapefriend jealousy!

If we had to imagine what they had in their glasses, I’d guess a white wine that’s quirky but amazing. Like a Gewurztraminer from Alsace (since they’re in Paris we have to go French). Gewurz has pretty weird fruit (peach, lychee) and then lots of baking spices (nutmeg, allspice). It’s low in acid and medium-high in sweetness, great as a spicy foods pairing. I had this one from Helfrich a few weeks ago and it was really delicious. Pretty much anything from Alsace rules, so I think it’d be a good match for these two.