Andrea Pirlo is a sick Italian soccer player who used to play for Milan but now plays for New York City. Honestly, I didn’t even know NYC was in a soccer league, but my ears do perk up when I hear about shoes that are inspired by wine. 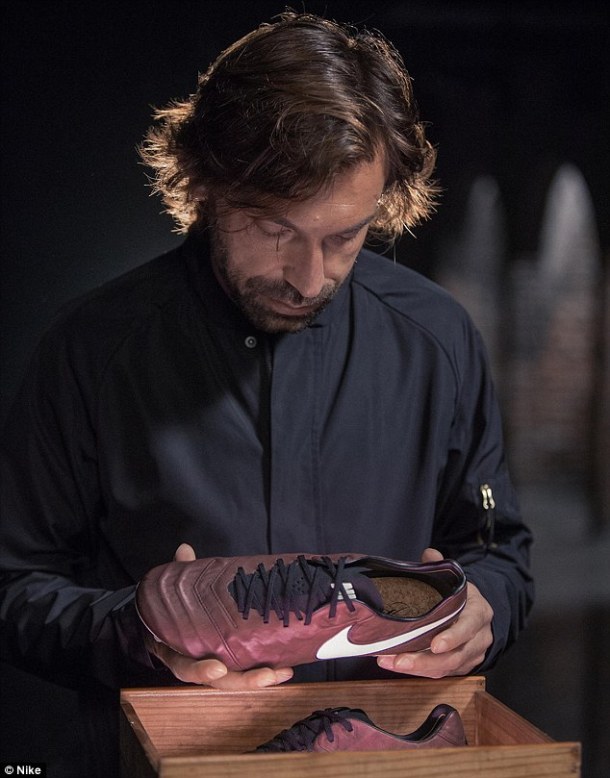 Pirlo and his family have a winery called Pratum Coller in Lombardy, a region known for its Nebbiolo-based Valtellina reds, as well as sparkling Franciacorta made from Chardonnay and Pinot Bianco. Pirlo’s winery makes a dark rose made from Sangiovese, Barbera, Marzemino, and a little Merlot and also a white made out of all Trebbiano di Lugana. He’s been picking grapes since he was little, so Nike made a custom shoe inspired by Merlot, which I read is his favorite varietal.

Pirlo started his career in 1994 so ‘Aged Since ’94’ is printed on the cork sockliner. Yes, a cork sockliner which I can’t imagine is the most comfortable thing you could play soccer on, right?

Don’t know how much they are yet but the limited edition Tiempo Pirlo will be available September 19 on nike.com and the Nike Football app, and apparently they’re going to ship it in a box to mimic wine shipping. I’m liking all of this.

One thought on “pirlo gets wine on his shoes”