grape: Pinot Noir, one of the two grapes that Sonoma’s known for (the other is Chardonnay)

producer: Gary Farrell, classic Sonoma producer. Gary started his own winery in 1982 but is no longer involved. Now winemaker Theresa Heredia has taken the reins. She’s super smart – got a degree in Biochemistry, but when she saw people analyzing aromas in wine in the lab she switched gears and went grape! Love it.

region: Sonoma. Yep, you knew that since I’ve already mentioned it twice!

year: 2012. This is the first vintage that Theresa has made at GF. 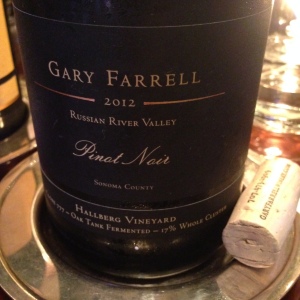 yum factors: Per the typical Gary style and with Theresa’s guidance, these are more restrained and balanced than many of the Sonoma fruit bombs you have. Just great black cherry and some dark violet with a touch of earthiness. The cool thing was that we also tried another wine from the same vineyard, but solely from one block of vines. 17% of the grapes were put into the tank whole cluster, and stayed on top to dry out and let the stems develop more spice flavor. After that, they stomped on the grapes by foot (that’s the most gentle way to do it – doesn’t break the seeds as much so you don’t get any bitterness). This one had a bit more cedar and pine to it, and was super cool to taste next to the other Hallberg Pinot.

price: $55 for the regular Hallberg, $65 for the experimental one 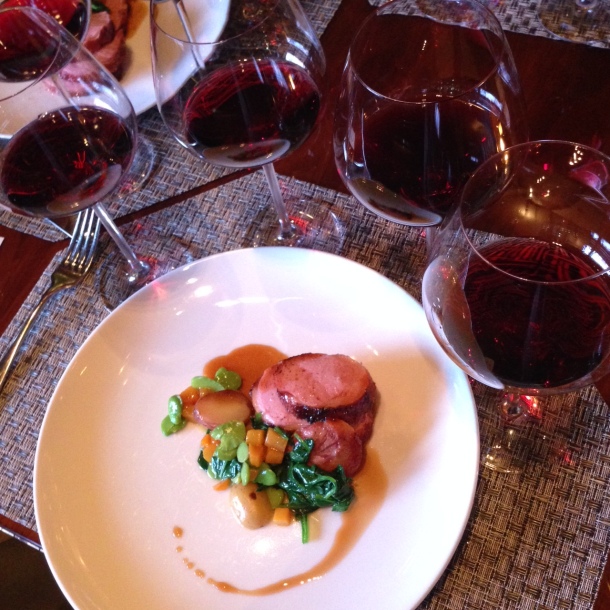