free run juice
So aside from the great Masut which I told you about yesterday, here were a bunch of other wines I liked from Mendocino. Some were sampled in NY, but most were tasted right in Mendo when I was there.
.

I had three of their Pinot Noirs from three different vineyards, and really liked them all. The Balo from Anderson Valley was fresh black cherry and black mineral super balanced with tons of acid. If I had to pick a favorite out of the trio, this would be it. That said, the one from Gatekeepers from Mendocino Ridge had less acid and was more sour cherry and red cherry with a small hint of brown dirt. And the Morning Dew Ranch, another from Anderson Valley, had more mellowed fruit but still some fleshy black cherry and a hint of pine. It’s mostly available via their mailing list, but you can find a few at retail here for $40-60.
.

Love roasted meat in a wine, and their Hawkes Butte Vineyard Syrah totally has that. Lots of blackberry balanced with a touch of tartness. BTW, Bink is short for “black ink” which is what people call the Syrah juice. $25 here
. 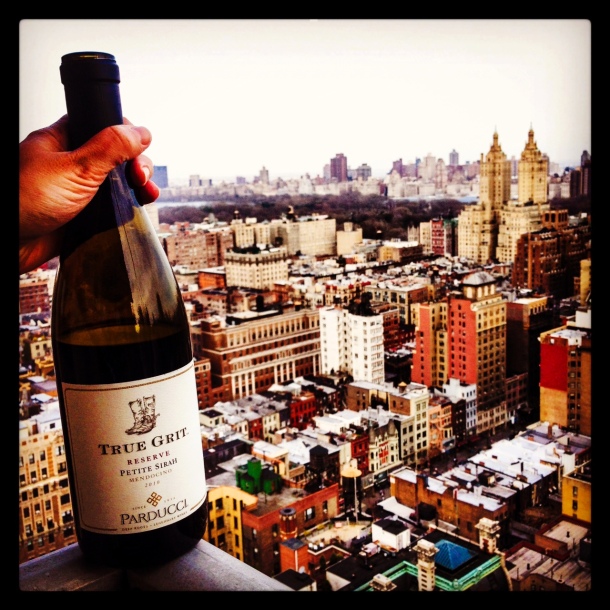 This one definitely has grit to it: medium-high tannins but velvety blackberry and milk chocolate flavors keep it in check. $29 here
.

Light to medium body with chewy black cherry and tarragon on the end. Very smooth and silky tannins, really liked it. $28 here
.

Mendocino is known for its sparkling wine from Anderson Valley – mostly Roederer and Scharffenberger – but McFadden is also good and way less known. They do the usual mix of Chardonnay and Pinot Noir and make it in the traditional method. Lots of mousse, but good balance of yeast and nice mellow apple fruit. They also have a reserve which was lovely too. Both are here for $25 and $40.
.

Light but spicy! Hot cinnamon and baking spices with black cherry and some tart cranberry. This is from Dark Horse Ranch, which Paul Dolan gave us a tour of. It’s farmed biodynamically so they carry out all of those practices, burying special elements into the soil on specific days of the year and creating all these crazy-looking plants on the land. Unfortunately, you have to visit them in Hopland to try it or buy it. 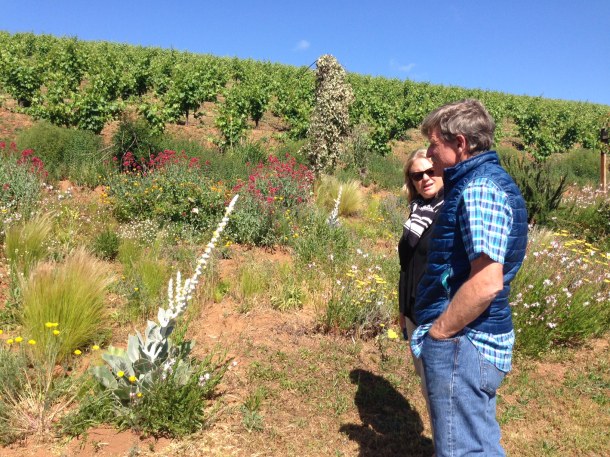 the awesome Paul Dolan giving us a tour

seriously, what IS this plant??

Avenging Angel Pinot Noir was made in honor of people the two owners both lost. The grapes are 50% from Angel Camp Vineyard and 50% from Balo Vineyard. (Balo’s winemaker is Jason Drew, who also makes the Drew Pinot – see above). They only make about 100 cases, so grab it if you can ($55 here).

Atrea is the “quirky blend” label from Saracina. Their rosé is mostly Malbec but with 14% Grenache. Lots of strawberry and a good measure of body and tannin. The Malbec comes from their Skid Row vineyard, and I love the play on the name for the rosé! $20 here