It took a few episodes, but we finally got some actual drinking of wine! It came in the very first scene where Pete was having dinner with his Betty-lookalike girlfriend Bonnie in LA. It was outdoors, they were drinking white. I guess the early Napa bottlings hadn’t made it onto wine lists in the late 60s yet, so they were drinking what looked like a French white. 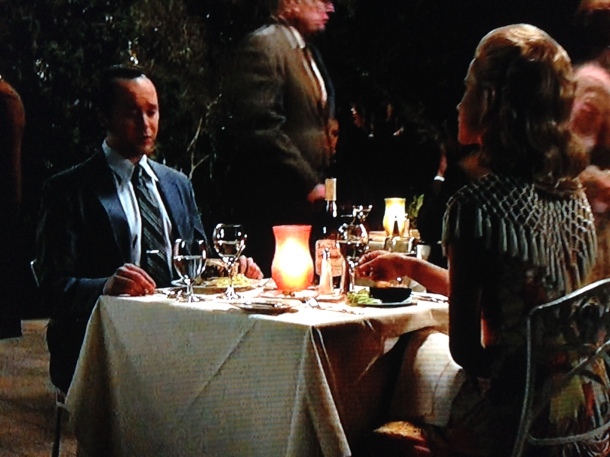 That’s all I could tell, and even the French isn’t confirmed though likely. The director really hid the label on the table well this time, which infuriates me! Look at all these angles – and no full shots of the label! 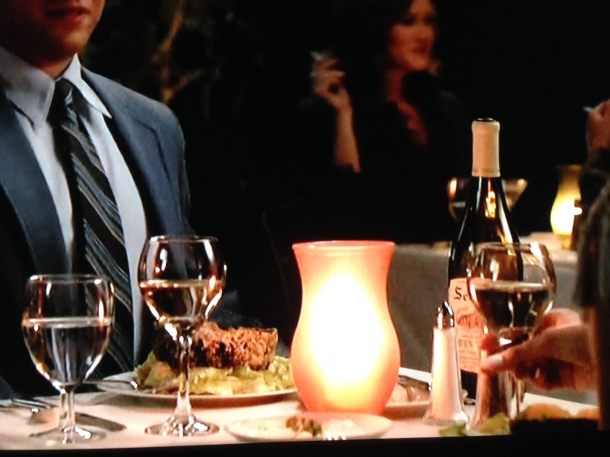 It could be this Dezat et Fils Sancerre, though it doesn’t quite match (no minor label below the neck, and it doesn’t really look like there’s a palm tree design on Pete’s bottle). But, it’s the best I could do and it’s totally feasible that they’d be drinking Sancerre (which is all Sauvignon Blanc from the Loire). 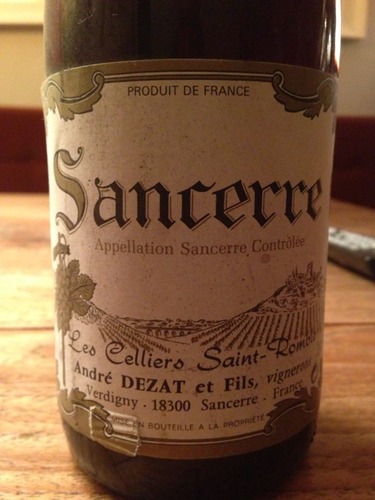 Anyway, what is Pete eating? Because it looks like steak. And if it is, that’s gross with white wine, especially a more acidic one like Sauvignon Blanc. In addition, don’t think I didn’t catch the subtle wine reference by Pete talking about Catalina as a weekend-away option. He wants to go to the Catalina Fucking Wine Mixer!

So cheers to Pete and Bonnie! Maybe Bonnie will be our new show grapefriend since Megan is sort of out of the picture.

One thought on “mad men wine count: i knew i loved pete”