We made it! 12 Days of Fizzmas officially ends tonight (at least for this year) and we’re ringing it out amazingly, with this Laurent Perrier Grand Siècle. 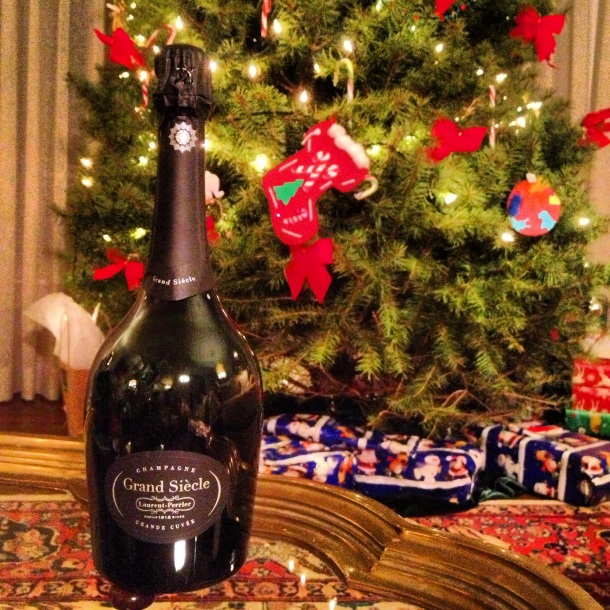 This Champagne’s half Chardonnay and half Pinot Noir and all from Grand Cru villages. It’s uniquely made from three great vintages (rather than just the normal single vintage), so it doesn’t sell as much as other high-end Champagnes.

Btw, it’s named after Louis XIV, the first French King to drink Champagne at Versailles. Not surprisingly then, his reign was known as the Grand Siècle – the “Great Century.” Rock on, grapefriend.