You drink a lot when you’re in Napa. You go to wineries, you drink at lunch and dinner, and basically you just taste everything put in your hand, which happens often.

So we tasted a lot on our first day. A bunch of Cabernets, sure (it’s Napa), but my favorite was surprisingly Cakebread’s 2010 Anderson Valley Pinot Noir. Really tangy cranberry with great acid. Super surprising since I mostly know Cakebread for their oaky Chardonnays, though even the Chards we tasted were much more balanced than others I’ve had in the past.

Also had some great Cabs there (the 2008 Vine Hill was great, though $106 just to warn you), but this Pinot was still my fave (and half the price). And had a great time at the winery – they walked me and my family around to all these little stations with a different wine at each, we met the winemaker Julieann Laks who told us all about the new optical grape sorter (my technical term only) they were trying out for the second year, and it was just generally chill and awesome.

Also, they had vines that were trained in Geneva Double Curtain style, aka GCD, aka “teenager hair” because it just flops over on both sides of the path. Love it. 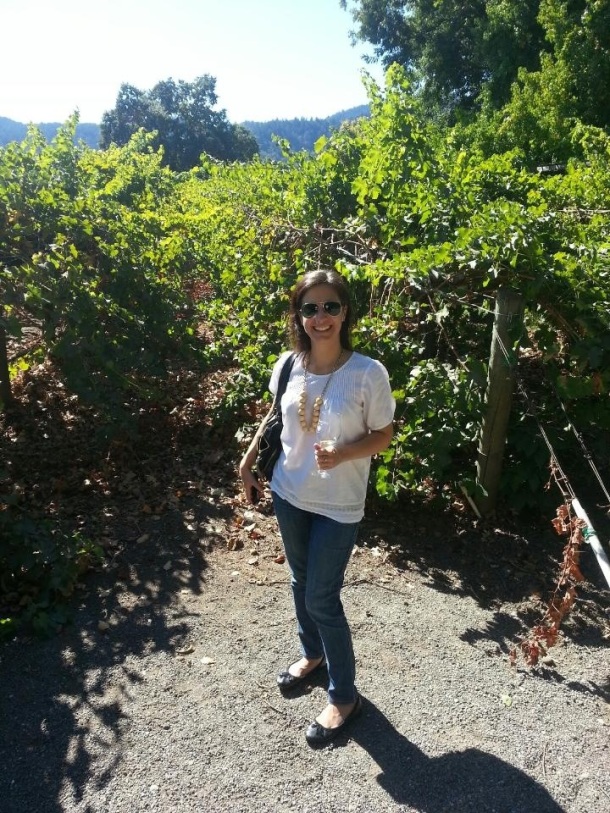 I’m kinda obscuring the full hairness view here, but just go with it.