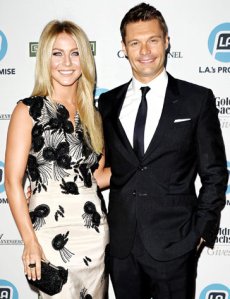 I’ll admit I don’t watch American Idol anymore, but I used to be super into it and may or may not have even made an appearance on the first season (not as a performer). I’ve always liked Ryan Seacrest though – he just seems like a pretty nice guy and works his ass off. Good for him, but that’s about as much thought as I’ve given it until now.

In the new In Style Makeover issue, Ryan’s girlfriend Julianne Hough reveals: “I’m 20 lbs. heavier than I was when we started dating. And now we always have great wine, and I can tell the difference. So I told him, ‘You ruined my life because I can’t go to a friend’s house and drink cheap wine anymore.'”

GO RYAN!!! So I did a little digging – this guy makes millions and can buy any wine he wants, so just how much of a grapefriend is he?

Well in this Yahoo article I found, the SVP of Production at E! gave Ryan a bottle of red wine for Christmas. “This is one of the best bottles in Napa. This is great!” said Seacrest. Alas, NO MENTION of which wine. What kind of journalism is this?!?

The article goes on: “Seacrest is an avid wine collector and even built a cellar in his new house, which is one of his favorite new additions. Even at college frat parties he was never a big beer drinker, choosing wine coolers over kegs.” 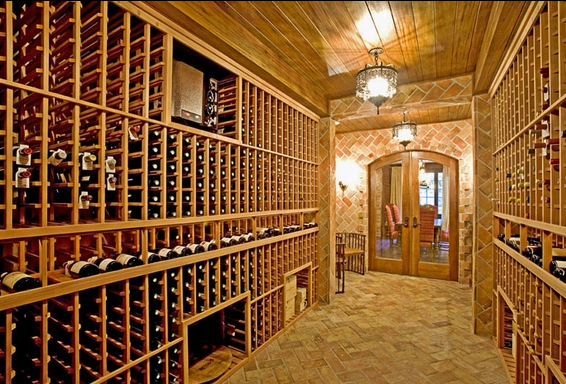 this is the wine cellar he built

Um, someone just became my new favorite grapefriend. Plus, he seems like he knows the basis of a good relationship – namely, one based on wine. I now have high hopes for him and Julianne. And would like to join them for dinner if they do another Cabo vacation, where they have wine brought to them on the beach.