Even though he lost to Federer (and who doesn’t, yawn), Murray was the first Brit to be in the finals since 1938! So he should still celebrate – with Champagne Lanson, the official bubbly of Wimbledon for the past 30 years. 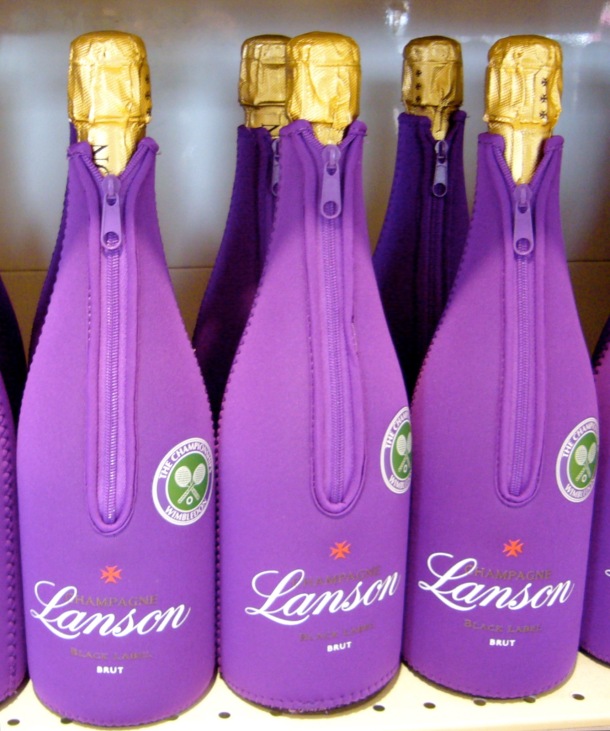 Lanson’s really popular around the world, and is one of the biggets sellers in the UK, which is the largest Champagne market outside of France. They don’t put their wines through malolactic fermentation, which keeps the fruit fresh and pure. Before the 1950s, most good Champagnes were made like this until they switched over to save aging time. The Lanson definitely tastes a little drier and more mouthwatering.

Aussie wine company Jacob’s Creek was the official wine sponsor (and created a range of wine cocktails that were served throughout the tournament) but you gotta celebrate with bubbles. Two basics to try: Lanson Black Label, $36, (made from 35% Chardonnay, 50% Pinot Noir, and 15% Pinot Meunier) and Lanson Brut Rose, $50, (32% Chardonnay, 53% Pinot Noir, 15% Pinot Meunier).

The man cried while giving his speech! Get him some Champagne asap, he rocks and deserves his grapes.