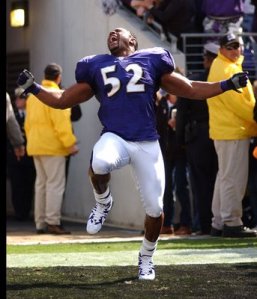 The ridiculousness is over – no lockout!!! I really didn’t think it would happen but at some point these past few months all the football experts in my life were genuinely scared it would, so I bended to their fear. But me and the NFL now prevail!!!!!! Fans deserve a drink for sweating this all out and knowing that we’ll have fun plans every Sunday once again come fall.

So what to drink? On Game Day, we only drink Bloody Mary’s (well, mostly me) and beer (mostly everyone else – I can deal with Corona but if you’re on this site you prob know that, uh, I’m into wine). And I can’t give NFL fans an all-American Zin because I already did that on the 4th. So let’s go with something BIG, BOLD and AGGRESSIVE to honor all those big ass linebackers and everyone else who gets injured which, from what I gather, was part of the negotiations in terms of pensions and medical stuff if you get hurt etc etc. So let’s go Monastrell, which was my fave big red this winter. It’s Spanish, it’s all big and rustic and desert-y from parched Jumilla. Come fall, I’ll be all over it again.

grapefriend’s dream is to have people drinking wine during games. One day, I’ll walk into Blondie’s and see a bunch of good bottles of red next to the wings on half the tables.

So Giants – bring it this year! Bring on Sick Nicks’ sick receptions! Bring on the Manning Brothers understated but always there rivalry! Bring on Mark Sanchez playing in the rain! Oooooooooooooh I just love it all!

One thought on “you deserve a grape today, NFL fans!”