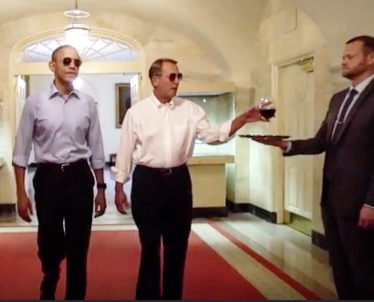 After doing some recon that would make the CIA proud (most people posted pics of the menu with the wines at the bottom CUT OFF – the horror!), I finally found out what wines they served with their food: Franciscan Napa Valley Cabernet and Chardonnay. Some grapefriendy correspondent finally posted the full menu page. 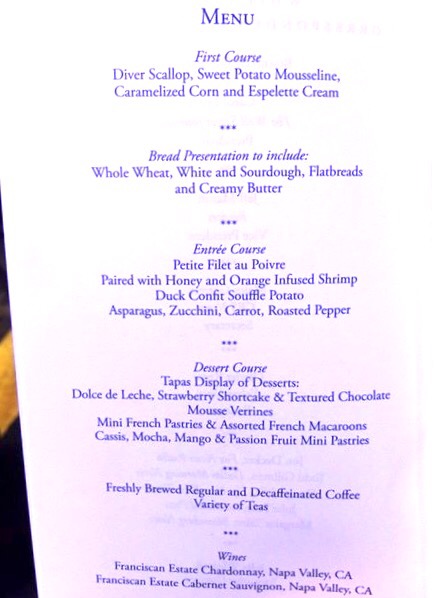 Franciscan has been served at the WHCD for years. Both of these wines are from their entry level line, are very dependable and good values. The Cab sells for $29 and the Chardonnay for $18, so they’re not super cheap but certainly not the level of what they serve at state dinners. Many people give the White House flack for serving expensive wine at state dinners, but not grapefriend. It’s a great way to showcase and support American wine, plus these world leaders have flown a long way and I doubt want to slug back some crappy grapes while they’re having all their politically correct conversation.

Anyway, no word on if Boehner grabbed some Franciscan Cab in the funny video they made, but I gotta love me some White House Grapefriends.