Most hilarious episode of Mad Men ever. But what isn’t funny at all is that we’ve now had two weeks in a row without a drop of wine!

At first I thought the Drapers had some sort of ferris wheel of fun where wine bottles were placed on a round rack in their kitchen. That was bad enough, but then on closer inspection it was just a spice rack! 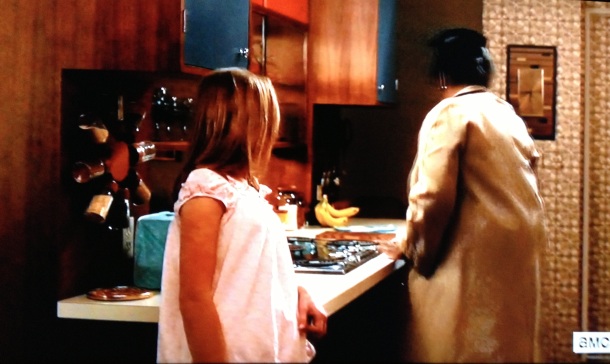 So once again we only got a visual of bottles without any cork popping: the only appearance of wine was the still-unopened bottle on Sylvia’s counter, and this time no one was even in the kitchen to even give hope that it would be opened. And it’s shoved all the way to the right of the shot. Poor little bottle of unproperly-stored red wine… 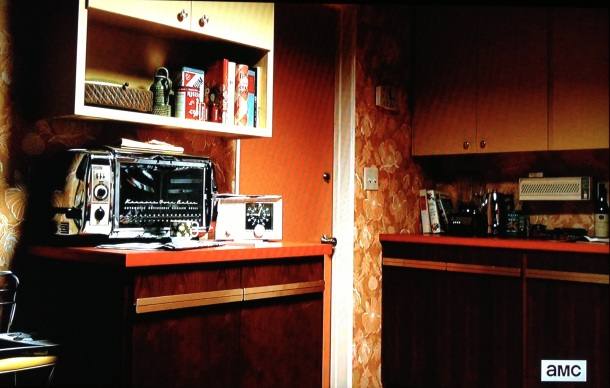 Like Don, I’m having a lot of emotions about this, and they’re all sad.