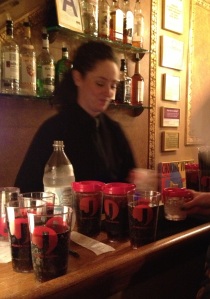 Basically, last night was amazing. Not because I saw The Heiress, not because Jessica Chastain had a sub play her role, not because Matthew from Downton was speaking in a less-dreamy American accent, and definitely not because the lady next to me shook her Raisinets out of a box for the entire play. No, leave it to wine to save the night.

I’ll be honest, I had a heads up from my friend at Have to Have about what was about to happen when I walked up to the bar before the show started. And when I asked what kind of wine they had and was told “Pinot Grigio or Cabernet” I was getting nervous. Pinot Grigio sucks and so does cheap Cab. But this wasn’t about the wine – it was about the sippy cup it came in!

I normally would never choose a Cab by the glass at a theater-type place, but I definitely wasn’t gonna knock back a freaking Pinot Grigio. The bartender asked me if I wanted a single or a double – I got a single, thinking a single of cheap Cab was about all I could handle. Plus, it’s a play not a football game (even though I had called intermission halftime when I was at the theater last week). Anyway, the bartender starts pouring it out for me into a little plastic cup. Having heard rumors about the sippy cup situation, I was getting even more nervous. “Can I take this to my seat?” Then she just smiled a big smile and said, “Oh, yeah” while popping on one of these phenomenal sippy cup tops! 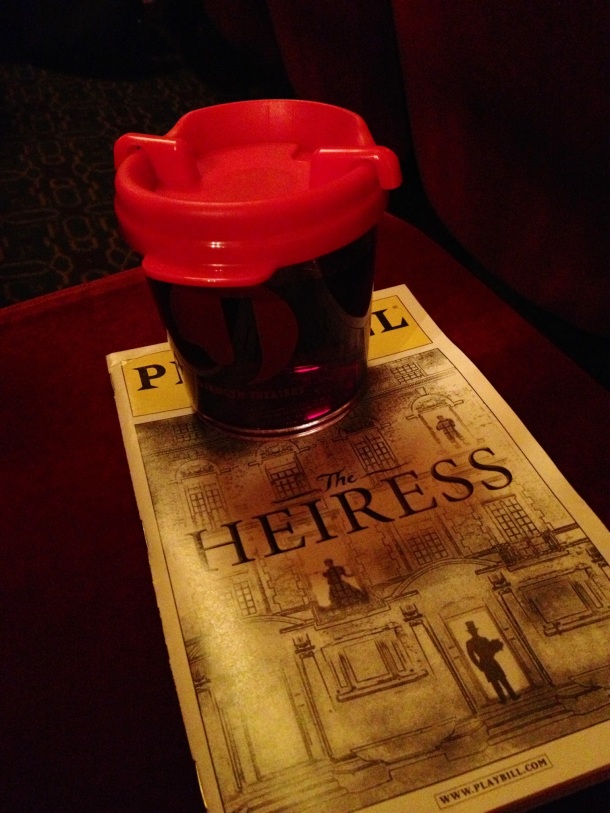 She was about as excited as I was about the whole thing. I’m sure it’s a pretty good job to make so many theatergoers so happy every night by handing over these cups. And it’s just so civilized to be able to sip on some wine while watching a play. Plus, you get to take the cup home with you! After the play, one of my friends told me she has a set that they use to drink wine outside on their brownstone steps in the summer. Amazing! Totally want a whole set now.

I do think Jujamcyn should call me about getting better wines. Pinot Grigio? Just ugh. And I was so distracted by the sippy cup that I didn’t snap a pic of the Cab. It actually wasn’t that bad but we could do a lot better.