Billecart-Salmon is fantastic. The first time I had it I was in class with a bunch of people and one of the girls said it was her birthday. Next thing we knew, our teacher plopped down two bottles of the Billy Sam on the table. That was like my birthday.

Founded in 1818 when Nicolas François Billecart married Elisabeth Salmon, the Cuvée Nicolas-Francois Billecart 1959 won first place in the Champagne of the Millennium 1999 out of 150 Champagnes. That one’s about $80, but the Brut Reserve which has a lot more delightfully floral Pinot Meunier is about $52.

It’s homeland is Mareuil-sur-Ay, France. Homeland you say? Oh yes I do say, since it had a major moment on the Season 1 finale of Homeland!! Love that this grapefriend ghetto-taped the scene – soooo what I’d do! 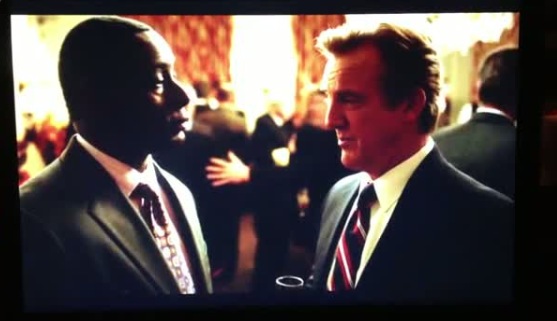 Wonder if they’ll follow up with a different Champagne on tonight’s finale! If Graham Greene were their writer, they would since he was the one who said, “Champagne, if you are seeking the truth, is better than a lie detector. It encourages a man to be expansive, even reckless, while lie detectors are only a challenge to tell lies successfully.”

Are you listening, Carrie and Saul?