the volcano that makes the magic

Some common descriptors of wine can sound so gross. Who would normally want to drink liquid versions of leather, slate or forest floor? I actually love tasting all of those things in a glass now, but I get how it could sound like a total turnoff. That’s how I felt when someone told me I should look for volcanic ash in Aglianico.

I was living in Rome at the time and took a class on Italian wines. I was trying to take in as much as I could with my mediocre Italian and my copious sips of the Prunotto Barolo we’d already sampled, when this Aglianico wine came up. The woman was teaching the class region by region, and Aglianico is from a place in the southeast part of Italy called Basilicata where there’s an extinct volcano. You can actually taste the volcanic ash a little (the ash in the soil seeps into the vines and then the grapes and then the wine…) which I thought sounded vile at first. But it’s not like drinking an ash tray – it just gives it a hint of complexity, the way smoked cheese doesn’t taste like smoke but is just yummy (mmmm Gouda).

Aglianico is awesome – really unique and funky in the good way. Big, bold, tannic, plummy, chocolatey and of course ashy. And awesome with plain grilled meat. 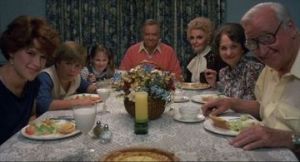 want some aglianico with your quiche?

By the way, it’s pronounced “ahl-YON-icko.” But to paraphrase Grandpa Fred in Sixteen Candles, “You don’t spell it, son, ya drink it!”