So everywhere I went in Washington I kept seeing a musical theme – in wines, in wineries.

At Gorman Winery in Woodinville, they have a bunch of guitars hanging on the wall. In fact, Black Sabbath was playing as we walked in and sampled some wines straight from the barrel. Chris wants to start a metal band and one of his new wines is called Hand of Doom, after the Sabbath song.

We didn’t sample that one but we did sample the Kiona Old Vine Cab Sauv 2012.  The grapes come from the oldest vines on Red  Mountain, and it’ll be part of their Albatross 2012 wine which you should definitely buy when it’s released since this was one of the best wines I tried during my whole visit – and it was still in the barrel!

Then we hit Des Voignes Cellars, where they have a bunch of wines with music-related names and labels. The Groove, Duet, Untitled, The Duke… 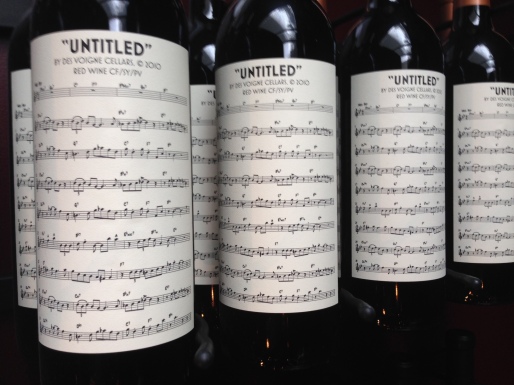 But I gotta say, Sleight of Hand wins the prize. These are the guys who put Neil Patrick Harris on one of their labels, but the winery is like a big record store. Tom Petty’s “Even the Losers” was playing as we walked in (especially loved, since I dedicated this to some people in my fantasy football league this year – “baby, even the losers get lucky sometimes” – and you can steal my idea, sure). 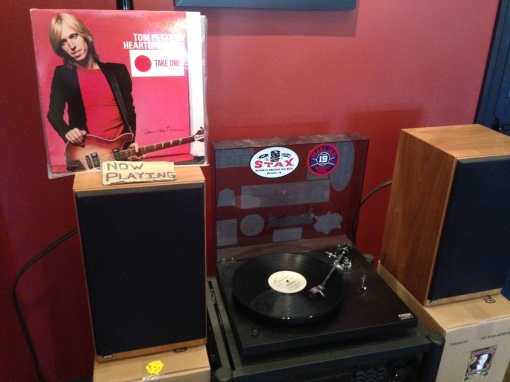 They also have cool album-inspired tshirts (totally bought one) 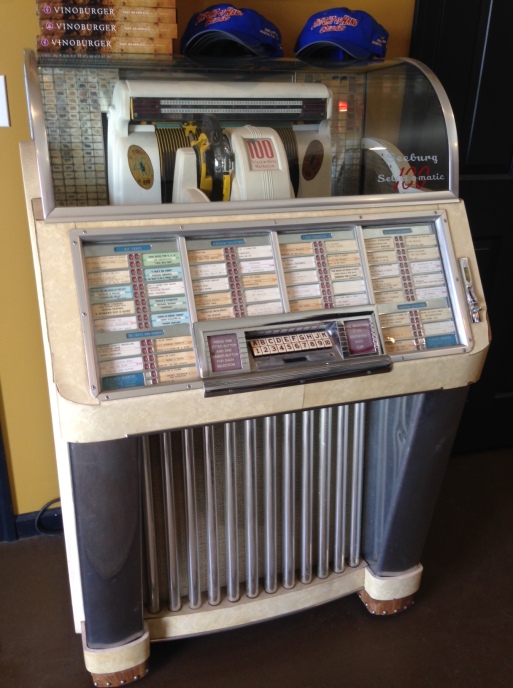 A record collection as good as any decent record store

They’ve got records on some labels… 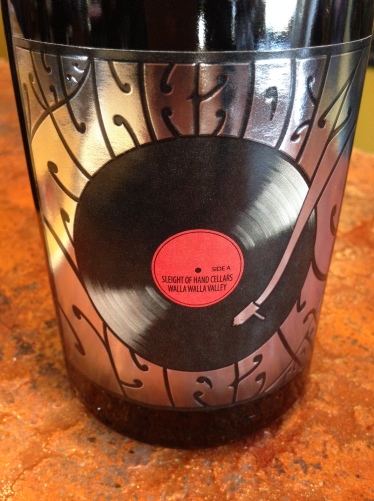 They even had a turntable at their Taste Washington table. Amazing.