Whether you’re Democrat or Republican, you have to admit that any politician who gifts people with wine is a wily player. Obama’s definitely on grapefriend’s side with this.

For Speaker John Boehner’s birthday back in October, Obama gave him a bottle of 1997 Poggio Antico Brunello di Montalcino Altero, which goes for about $90. Brunello di Montalcino is a Tuscan wine made from Sangiovese, and pretty pricey and highly prized by many wine lovers and collectors. (grapefriend note: I’m not personally a fan since I don’t dig the Sangio, but that’s good since it saves me a lot of coin.)

Boehner’s press secretary tweeted this pic of the wine: 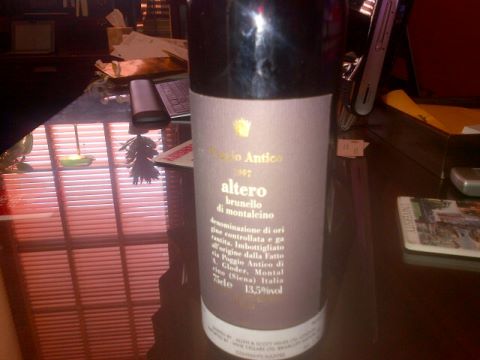 Kind of interesting that Obama gave this to Boehner during such an intense debate time, as there’s also huge debate around Brunello’s in Tuscany! This bottle of Brunello is made in the more modern style: aged in French oak for two years, while the traditional way is in Slavonian oak for three years. End result for the more modern ones is that they’re smoother and more approachable for today’s current palate, but the old school people think their way is more true to what the grape tastes like.

Anyway, they only serve American wines at White House dinners (which I LOVE), so this Italian bottle was pretty off-policy. And even though Obama usually gives staff a birthday cake, he ditched the sugar and went straight to the grape for the Speaker. What do you know, three months later they strike a deal… Pretty masterful politicking.

One thought on “fiscal cliff deal was aided by wine”