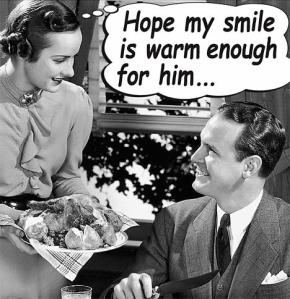 It’s official: marriage makes women drink. At least according to this new study. But before me and all of my single friends start clinking glasses, the upped consumption isn’t from what you think (or what I thought – namely, marriage must be annoying and hard and every single girl should be ecstatic); it’s just because a woman is influenced by her husband’s more-frequent drinking.

In this study, men drank more than women in general, but curbed it when they got married for three reasons: they spent less time with their friends (ok); their wives drank less than they did (um); and their wives worked to limit how much they drank (what kind of ungrapefriendy wives do they have?).

Most women, on the other hand, started to drink or drank more when they got married either because their husbands drank or they liked drinking together. So the study concludes: “Men’s alcohol use and overall health benefits from women’s influence in marriage, while women’s alcohol use is increased with marriage, possibly resulting in lower rates of well-being for these women.” Clearly, the authors of this study are not grapefriends.

Also, I don’t think I even know many guys who drink more than girls at this point. It seems pretty equal at least in terms of the desire to drink. And if guys are bigger and can therefore handle more drinks (which varies), girls know how to pace. And many girls can even drink more than guys.

Anyway, single people drink more than marrieds not because they’re depressed and drinking away their problems (a serious point I do like to bring up now and then), but simply because we go out a lot more.

Lesson: marry a grapefriend. And then be cool or you’ll get this: