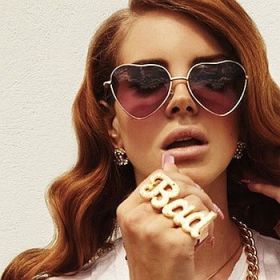 you said it, not us

So unless you haven’t been on any form of electronic device since Saturday, you’ve heard that Lana Del Rey kind of bombed on SNL. She had a ton of hype due to her 19+ mil views of her video on YouTube, and as we well know from the Bieb this kind of attention gets some people all up in arms. She’s also pretty packaged, modelish and the daughter of a billionaire or something – things which also tend to annoy people.

Back when I worked at MTV I’m sure I would’ve met her whole family by now and shot three news pieces with her, but seeing as I’m less involved in the machine these days this SNL thing was the first time I’d heard her live. And it wasn’t good (you can see it here) – “drunk Julia Roberts” was about the best description I heard. But I am still obsessed with the actual “Video Games” video (watch that one here) and live for all things 1960s Palms Springs which is what it reminds me of. 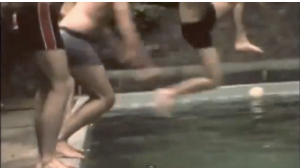 from the video, which is way better

Anyway, basically what happened is that she got maderized. When a wine is exposed to too much air and heat it can get these dank, nutty characteristics. This process is actually intentionally used when making Madeira wine, which is why it’s called maderization, but most wines want to avoid it. And Lana should have, too. Guess we’ll see what she pulls out of her case next time.

Final random thought – is it me or is Lana Del Rey just a fabricated new version of Hope Sandoval?

One thought on “lana del rey was maderized”